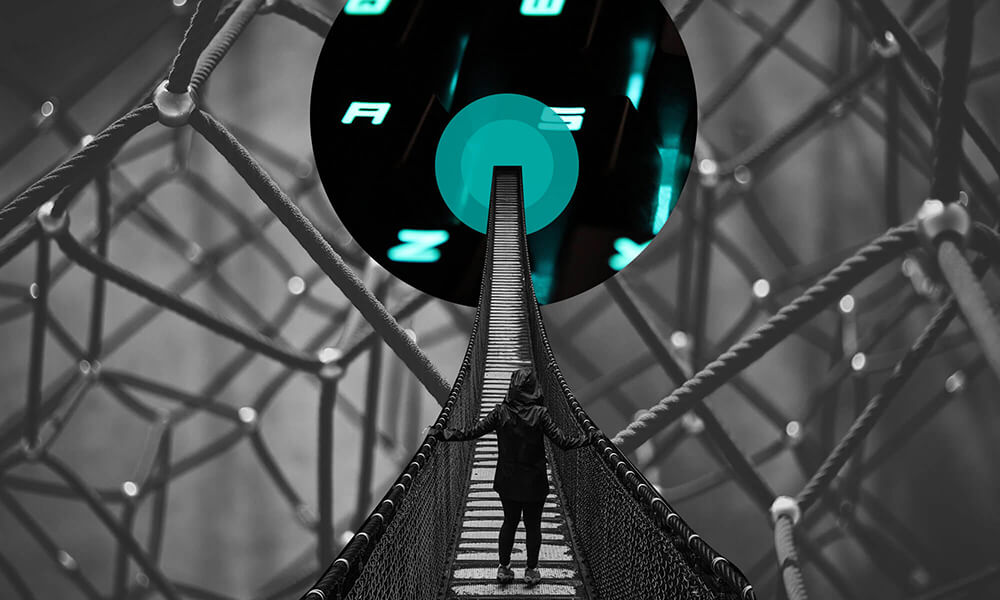 The future of artificial intelligence is not entirely certain— a bit like a mysterious void.

Technology has taken over human jobs or made them easier since its inception—from the first washing machines to smartphones that manage our schedules and allow us to communicate in real time with someone on the other side of the world. But the prospect of tech that’s designed to act like the human brain, even surpassing human ability to complete a particular task, makes many people feel uneasy.

Renowned physicist Stephen Hawking said, “One can imagine such technology outsmarting financial markets, out-inventing human researchers, out-manipulating human leaders, and developing weapons we cannot even understand.” But is the threat of robot control possible—or even likely? How much do we need to worry?

We sit on the brink of the fourth industrial revolution. AI and other emerging technologies are here, but they’re still being developed—and no one, not even experts in the field, knows the future of AI and other new tech. As efforts to develop smarter artificial intelligence push forward, it’s important to look at the potential threats and benefits of AI realistically, with an eye to the future.

In this article we’ll look at several of the most common perceptions of the threats of AI—and delve into whether those perceptions are accurate.

Perception: Robots will take over the world.

Let’s touch on the big issue first: How likely is robot control? Estimates for when singularity will happen—the creation of a generalized superhuman intelligence—range wildly. The concept has been around since 1965, with dates ranging from 1993 to 2023 to 2045. Clearly, we’re not there yet. Thus far, applications of artificial intelligence have operated within a narrow range—and while there’s no reason to think we won’t continue to develop better and smarter technology, the possibility that we’ll have robot overlords in the next 50 years is unlikely. As the New York Times reports, “You won’t be obsolete for a long time, if ever.”

Perception: Robots will take our jobs.

AI will reshape the way we work. But whether the impact is harmful or beneficial depends on how corporations and governments react to the increasing ability of AI to manage jobs currently completed by human workers.

According to a Pew Research study, two-thirds of Americans expect that in 50 years, robots will do much of the work currently done by humans. But studies that measure the actual predicted impact of technology on jobs tell a different story. A comparison of studies that measure the number of jobs technology will destroy (and create) reveals that no one really knows how many jobs technology will replace. According to Technology Review: “Predictions range from optimistic to devastating, differing by tens of millions of jobs even when comparing similar time frames.” A Gartner study found that by 2020, AI will eliminate 1.8 million jobs—but create 2.3 million.

New technology applications seem to fuel growth and boost nearby economies, even if they do eliminate some jobs. And new technology also creates jobs. Forbes writer Andrew Arnold points out, “Even today, there are a huge number of technology jobs that didn’t exist ten years ago: State-of-the-art programming, data science, web security, marketing and sales.”

What about the jobs that are replaced? It’s not difficult to figure out which jobs are most susceptible to elimination—think repetitive motion. According to McKinsey Research, “Activities most susceptible to automation include physical ones in predictable environments, such as operating machinery and preparing fast food. Collecting and processing data are two other categories of activities that increasingly can be done better and faster with machines.” That doesn’t mean those workers automatically end up in the unemployment pool. Future workers and employers should focus on creativity, planning, and cross-domain thinking skills as well as professions that involve communication and service to others. Education and training options in these areas provide a way forward for workers in industries susceptible to the threats of artificial intelligence.

Perception: AI will lead to a constant-surveillance state and a loss of personal privacy.

Algorithms that can identify and track specific humans and objects from video footage already exist. And, according to The Verge,  “the skill of analyzing scenes, activities, and movements is expected  to rapidly improve.” Companies such as Google, MIT, IBM, and DeepMind  are currently building video databases to improve facial recognition and  behavior analysis technologies.

At the same time, current AI technology can mimic human voice and manipulate video  with results that aren’t distinguishable from real life, posing real  threats to individual privacy and safety as well as accurate news  reporting.

But while AI has amazing capacity in the realm of surveillance and personal data, experts say  we’re nowhere near the point where a computer can understand media with  the same insight as a human. Still, we’re making progress toward  programs that could be active observers and participants in current  surveillance and data systems. Whether these technologies will be  implemented in a good or effective way, however, is still a human  problem—the technologies themselves are value neutral. In the words of  computer science professor Joanna Bryson, this “is not to say we should  panic, but rather that we should all be working very, very hard to  navigate and govern our way out of these hazards. Hopefully AI is also  helping make us smart enough to do that.”

We’re on the cusp of lethal autonomous weapons—technology that can identify and engage human targets without a human operator. These weapons would allow nations to sustain deadly attacks on opposing forces while limiting damage to the attacking force. One worry is that this strategy will lead to attrition: a build-up of robot technologies warring against each other until numbers become the deciding factor (Slate).

As with every other application for AI, the potential for good or harm lies in the human application of the technology. One solution? Develop government treaties that ban killer robots and refuse to allow these harmful applications to take root.

In 2016, Microsoft shut down its chat-bot Tay after less than 24 hours online. Learning from user interactions on Twitter, the bot had started spouting racist, inflammatory, and offensive statements with no apparent knowledge of its misdeeds. In another case, a ProPublica article identified an algorithm for predicting future crime that wrongly labeled black defendants as future criminals almost twice as often as white defendants.

Racism, sexism, and all our other  human biases seem to be easily perpetuated by artificial intelligence,  ingrained in technology systems in the same way these biases are  ingrained in our cultures. But technology can remove bias too. AI  systems don’t get hungry, tired, or emotionally involved—all human  symptoms that can impact decision-making. Take this study  from The Economist, which found that parole boards were more likely to  free convicts after they’d had a lunch break. A carefully designed AI  system wouldn’t be subject to human whims that lead to such major  discrepancies in life-impacting areas.

An article from  Technology Review posits a solution: the public should be involved in  creating and evaluating the usefulness of algorithms as much as the  algorithm-creators. Although AI technologies can offer more fairness  than other solutions, the public needs to be informed about what data  the algorithm is using to make its decisions.

Although initial perceptions of AI technology can put it in the realm of the frightening, it’s also easy to have blind faith in tech that’s so powerful it can exceed human capacities. Mathematician and data scientist Cathy O’Neil posits the key to demystifying AI lies not in operating solely with good intentions, but also implementing and refining auditing systems to help us understand why algorithms are making the choices they do. This kind of transparency is essential to creating better tech that will solve human problems, not amplify them.

What if you could finally stop fighting fires and start looking ahead? 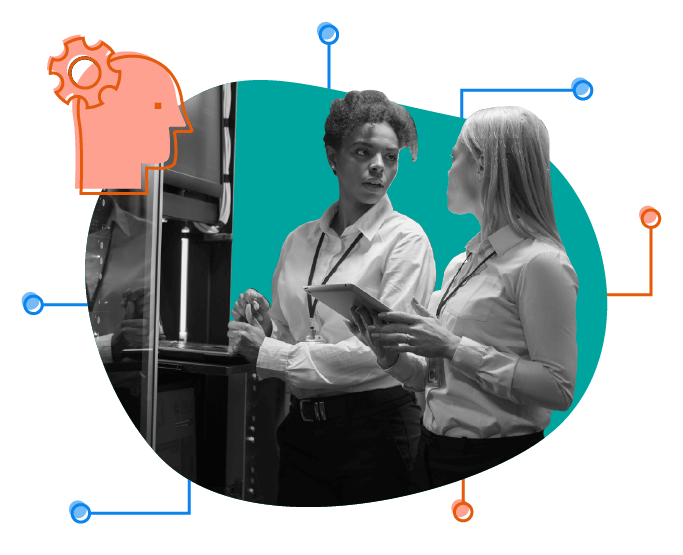 AI/ML are the future of digital products and data — and they don’t need to be an empty promise. RevUnit can help you uncover the value in your data to start thinking predictively. Learn more about our AI/ML Development Services.

WRITTEN BY
RevUnit
RevUnit is a technology studio that helps supply chain clients identify and implement data solutions that actually prove ROI. We help organizations across industries like transportation, freight, logistics, retail, and manufacturing achieve business results through innovative data solutions — powered by AI/ML and the cloud. We’ve done it for clients like ArcBest, J.B. Hunt, and Walmart.

5 Real-World Uses of Machine Learning in the Supply Chain
9 Metrics All Supply Chain Leaders Should Be Tracking
3 Real-World Ways to Adapt Digital Twin for the Retail Industry
How digital twin can change the face of retail (It’s easier than you think)
Thank you! Your submission has been received!
Oops! Something went wrong while submitting the form.