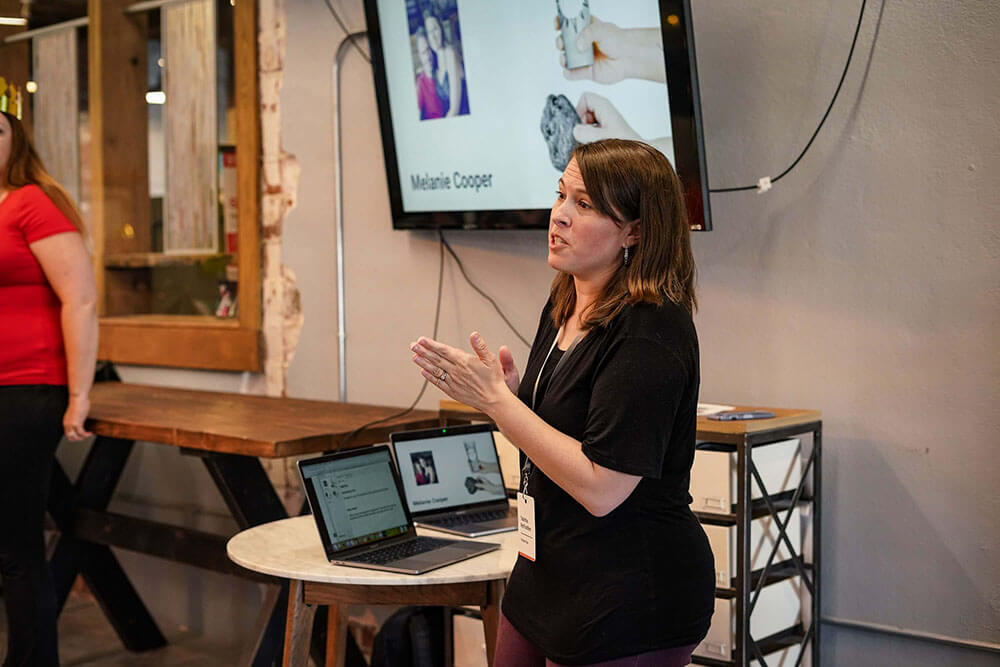 Tabitha McFadden, Vice President of People Operations at RevUnit, has been named to the exclusive listing of the Northwest Arkansas Business Journal’s “Forty Under 40” list, the annual award honoring 40 individuals who are making a positive difference in their professions and thriving in their communities.

After obtaining her Master’s degree, Tabitha spent four years at Northstar Partnering Group, where she spearheaded the marketing for the “RediClinic” project, a pilot program to place preventive and routine care medical clinics in several large retailers. She also spent time there doing product testing to determine the viability of multiple products for various clients.

Tabitha rapidly progressed into the leadership ranks after joining RevUnit, starting as a product owner and progressing into a leadership role to pursue her passion for developing people and culture as the company grew. She launched a leadership development program within RevUnit aimed at empowering employees with the skills to become strong contributors and leaders within the organization.

She also helped lead the creation of a core set of values for RevUnit, which now serve as a cornerstone for the organization’s culture. In doing so, she relied on the education and training she received as a Soderquist Fellow at the Soderquist Leadership Center at John Brown University. More recently, Tabitha helped create a Diversity and Inclusion Council inside of RevUnit, and currently oversees individual development plans for each of the company’s employees.

Since shifting her professional focus to the technology sector, Tabitha has been committed to ensuring that the tech world is a positive environment for other women. She invests time in mentoring women both inside and outside of RevUnit -- empowering women to be comfortable with themselves, their skills, and their careers.

She has served on the Women in Technology Conference committee and has also been on the board of two local Northwest Arkansas companies: Element, a video production company, and Avad3, an event-services business. She is also a frequent speaker at various industry events, lending her expert perspective on HR, work culture, and team development as well as female leadership.

Tabitha is also an active member of New Heights Church in Fayetteville, where she has led multiple community groups and been involved in the children’s ministry.

“Tabitha has been pivotal to building RevUnit’s award-winning culture and maintaining it throughout five years of rapid growth,” said RevUnit Co-Founder Michael Paladino. “She has built a framework for employee growth and development that helps us all live into RevUnit’s value of striving to be ‘a little better all the time.’ Tabitha has been a major contributor to our success to date, and I’m personally grateful for the growth I’ve experienced through working closely with her.”

Since 1997, the Northwest Arkansas Business Journal has honored 40 outstanding professionals under the age of 40 who live and work in the areas of Benton, Washington, Carroll, Madison, Sebastian, and Crawford counties. The annual class of honorees is selected from more than 100 nominations.

Tabitha will be profiled alongside other honorees from this year in a special issue of the Business Journal, and will also be celebrated at a luncheon in Little Rock at the Embassy Suites ballroom.